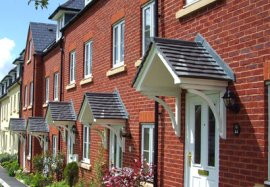 THREE-QUARTERS (75%) of tenants in the East Midlands rate their rent as "good" or "very good" value for money, according to a recent poll by the UK Association of Letting Agents (UKALA).

However, one in five (20%) tenants in the region say their rent provides "poor" or "very poor" value for money, while the remaining five per cent are undecided.

At the other end of the scale, tenants in the South West were least pleased with the value their rent provides, with 57% rating it as good or "very good" and a third (33%) rating it as poor or very poor.

Tenants in the North East and Wales were just behind that with 30% and 29% rating their rent as poor or very poor value for money, respectively.

The findings also show that most tenants haven't seen rises to their rents in the last 12 months, with three-quarters of tenants reporting they are paying the same (72%) or a lesser amount (three per cent) compared with a year ago.

The vast majority (85%) of tenants said they were happy with the length of their most recent tenancy agreement and four in five (79%) said that their tenancy was either renewed or continued on to a rolling Statutory Periodic Tenancy (SPT) at the end of the previous fixed term period.

When it comes to the end of the tenancy, fewer than two per cent of tenants said their last tenancy was ended or felt they were forced to move out because of increases to their rent (0.6 per cent).

Richard Price, UKALA executive, said: "While regional variations exist it's pleasing that the majority of tenants are happy with the value they perceive their rent presents.

"Landlords and letting agents face a lot of unwarranted criticism for the rising costs of living but in reality this remains largely out of their control as rent levels are determined by the cost of housing provision and the balance between supply and demand."

Who benefits most from Help to Buy?

Build to let 'has an important role to play'